Just as we were beginning to panic over which bus stop to alight for our hotel, we discovered that we'd reached the final stop. Fortunately for us, it was the correct stop, as WK confirmed with his newly acquired iPad. "I'll never get lost again," he said. Jokes about WK and his iPad were to become a recurring theme throughout this trip, but more of that later. 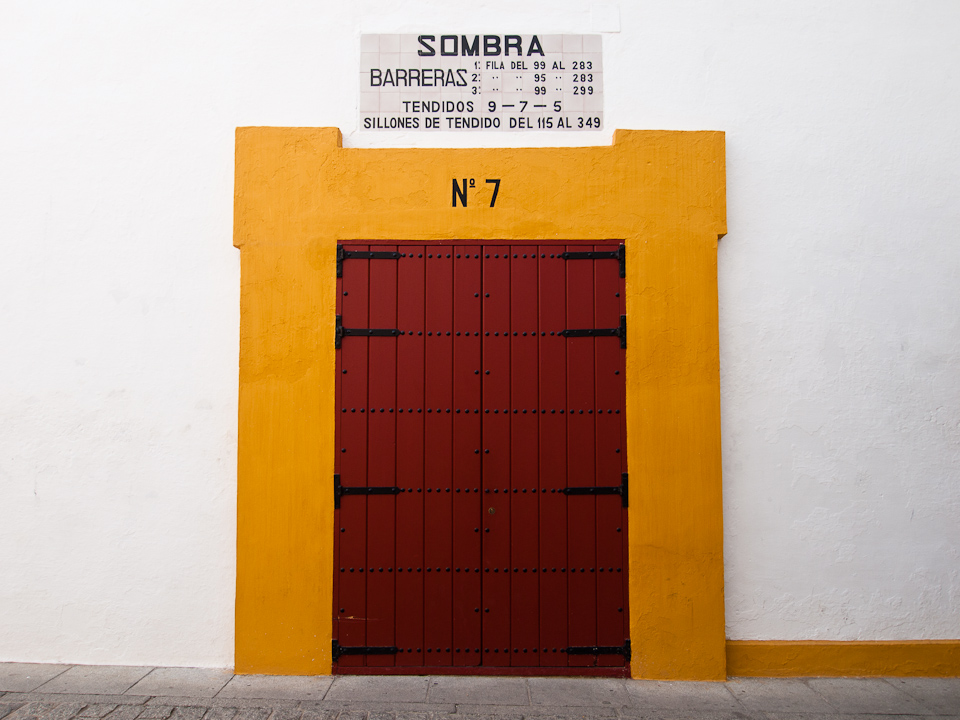 After spending the morning eating tostada at a local coffee shop, followed immediately by tapas and beers at El Rinconcillo, we visited the Catedral de Sevilla and Giralda Tower. WK then led us on a walk to the bullring, using his iPad. Despite his earlier proclamation, we managed to get lost and ended up in Plaza de Espana instead. We eventually got to the bullring, but were too late for the guided tour.

In the evening, we visited La Carboneria for some flamenco action. Again, we had trouble locating the place but so did many others. The door was shut when we got there and a queue was forming outside. Someone knocked on the door and a man popped his head out. It seemed there was no performance that night. Some Spanish words were exchanged between a few patrons and the man. The man consulted with a voice from inside. All of a sudden, the performance was on again.

Tired and hungry, we went in to get a good spot and waited. I don't think D and WK enjoyed the flamenco at all. HC and I did.

The next morning, after making our rounds of the Real Alcazar, we finally managed to book a spot on the bullring tour. When all the other tourists had left, D, WK and HC walked into the historic bullring to take silly holiday pictures. These young people! A groundskeeper who saw them said nothing so we assumed it as all right.