It was cold, which lent the streets a touch of romance. I was in an airy mood until we went into the covered Christmas market. There was a stall selling leather gloves. The selection was kaleidescopic. 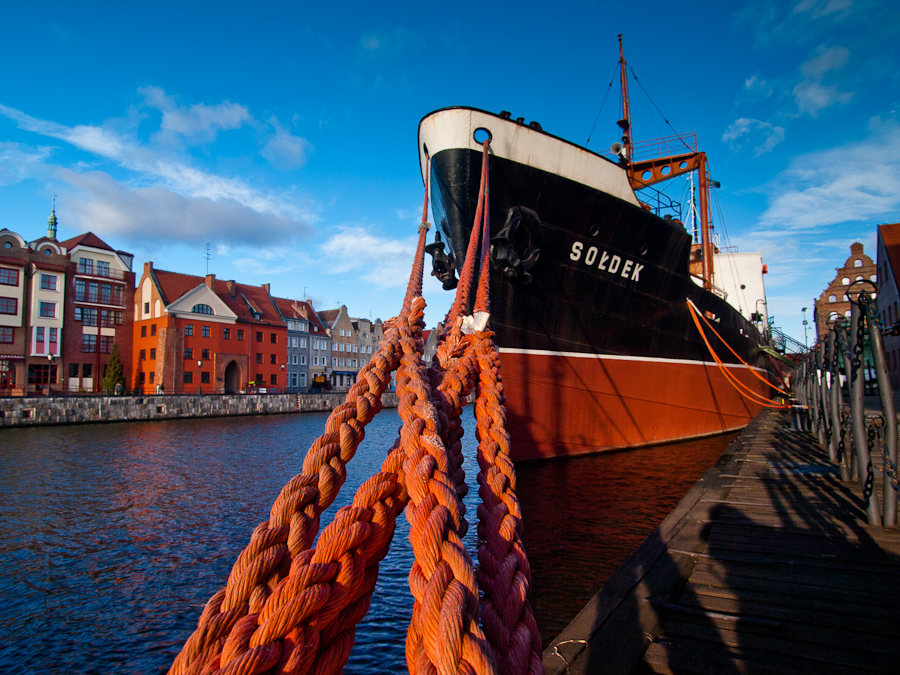 It wasn't the market that bothered me, nor was it the gloves. It was Beatrice saying, "I can't believe there are so many colours and I can't find one I like." Her indecisiveness can be frustrating sometimes.

When it got really dark, we stopped at what Time Out described as "the hottest spot in town", Cafe Ferber. It was near empty. Disappointing, until we realised that it was only 5pm.

The interior was all red and black and lit by dim red lights, giving it a slightly 'goth' feel, in a modern kind of way. I surveyed the encyclopaedic drinks menu and ordered the Butter Tea Rum, which was good "for long winter nights".

We sat by the window, watched the cafe fill up and traded observations on the physiques of Poles. In this way, our long winter night quickly passed.