It was raining so we changed our hiking plans for the ski-doo trip instead. After shopping for waterproofs for the next day's glacier walk, we drove to Skalafell for a Jeep ride up to Jokasel hut where the snow mobile trip began. The glacier was 400m thick. We rode for an hour over an expanse of ice and fog. You could not see anything but white. 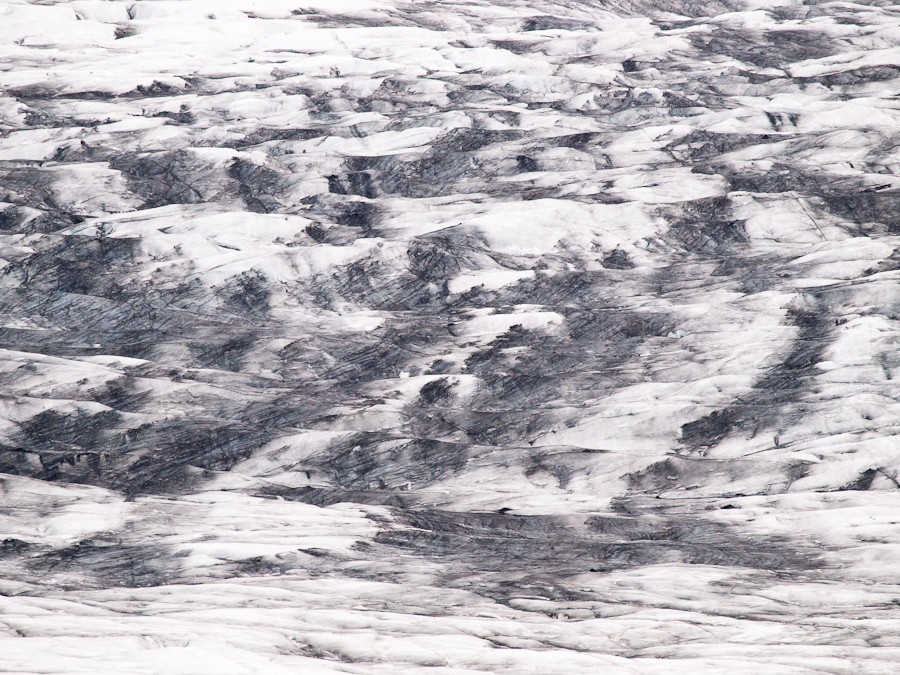 We returned for dinner at a log cabin, where I had glacier trout, also known as arctic char. There was a golf course at the sea front near our guest house, where we headed to spend the evening, after dinner and a spot of car washing. We parked the car in front of a golf course with views of the sea and put Kings of Leon on and watched the clouds obscure and reveal the sun in turn. Some people were playing golf. It was 10pm and still bright.

The plan was to get packing at 7.15 in the morning and leave at 7.30 sharp, but as usual we were a little late. When we finally got to the pick-up point, there was nobody around. In time we realised that we were waiting at the wrong spot - Fjallsarlon instead of Fjallasarlon - and drove down the next turning where the rest of the Glacier Guides tour group was already waiting for us.

We went round a hill to the edge of the lake and got on a small inflated motorboat to get across to the Fjallajokull glacier. Our little hike started there. Among our party was a young man in a tracksuit with the word Kazakhstan printed across the back. Everyone thought he was from Kazakhstan but I didn't think that was right as he had a North African look.

Turns out that he was French, and had recently visited Kazakhstan, hence the tracksuit. He'd been travelling for two years, all around the world. He'd visited over 60 countries. He had watched travel documentaries growing up and he was now living his dream. I asked him which his favourite country was and he said Norway.

There was also a pair of experienced hikers helping out the guide. The pair was Swiss. The guy, Paul, ran a hiking tour in Europe and was looking to offer glacier hikes in Iceland so this was part of his planning. Our guide's name is Robbi.

After the walk, we went on the Jokulsarlon lagoon amphibious bus tour. A lady spoke briefly about the icebergs, and let us taste some of the ice.

Come to think of it, we may have heard the same joke on the ski-doo tour as well.