It couldn't have been much of a surprise since I needed to take a day off work to do it, but at least B managed to keep the location secret for as long as she could. That is, until we got to St Pancras International for the Eurostar. There I found out that the 'undisclosed location in France' - all the information I had managed to squeeze out of B thus far - was Paris. 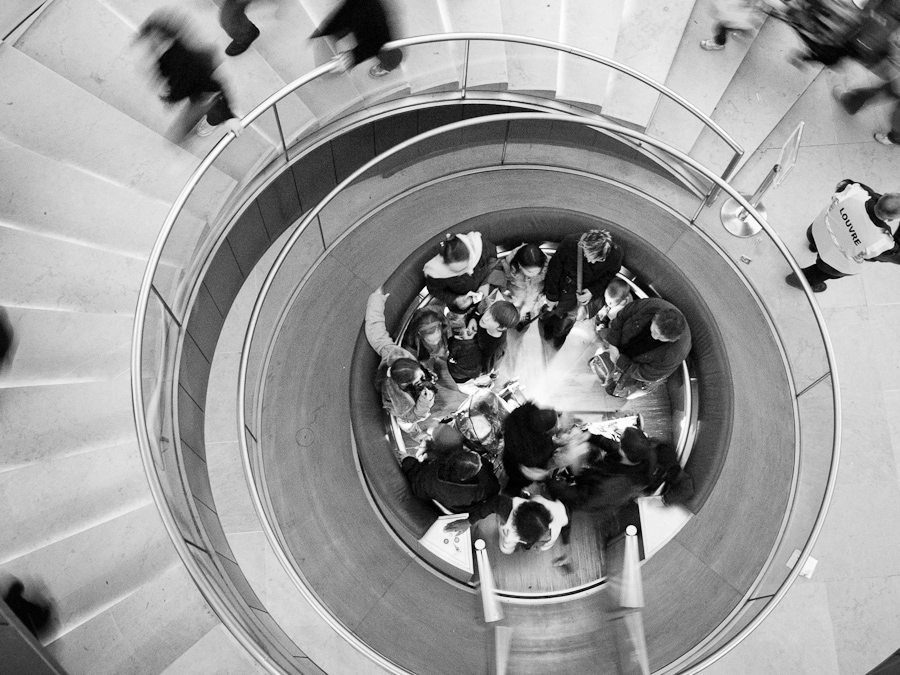 This was supposed to be my birthday treat, which is normally an excuse for B to eat at expensive restaurants, but this time she got us a nice room instead. It was nothing exorbitant, just about thrice what we'd normally pay for accommodation, which wouldn't get you very far in Paris. But Le Petit Paris, near Jardin du Luxembourg, was such a lovely and cheerful place that we didn't mind the room size. The upgrade (an extra balcony) and helpful staff were a bonus.

We checked in rather early and were told that they would need time to prepare the room. The lady concierge said, "It will be two hours, maximum. I'll call the chambermaid now. Have some coffee?"

We caught a glimpse of Monique the chambermaid as she went to the lift. The concierge said, "She says forty minutes maximum." As we were having coffee, the telephone rang and after a few words, the concierge hung up. She said to us, "Your room is ready. Twenty minutes. My chambermaid is very fast."

We didn't try to do a lot as the trip was meant to be relaxing. In spite of that, we managed to end up doing too much. Lesson learnt: You cannot search for a restaurant and wander aimlessly at the same time. Eventually we came to Polidor, but as it was past two, they weren't admitting patrons, so we did further wanderings.

When not walking, we spent most of our time eating. Over the three days we would have:

Parisians love eggs. I had omelette for breakfast, lunch and dinner, although not all on the same day. If only I spoke the language, I think I could live here.

There was also some time to visit the Louvre. I had planned to do a three-day Louvre tour eventually but since we were now in Paris and it was open day (first Sunday of the month), B thought I should go in for a taster.

If you want to enjoy your visit to the Louvre, do NOT go during the open day. There were so many people that we couldn't see anything properly and I felt I had to move along with the galloping crowd just to keep from holding others up. I resolved to stay as long as I could, however.

After some time, B said, "Now I know how you feel when you go shopping with me."